The University of Memphis’s athletic department has been as up and down as any in the country from losing Mike Norvell to Florida State and hiring Anfernee “Penny” Hardaway in men’s basketball now the Tigers will look to find a leader to lead the program after Melissa McFerrin’s abrupt retirement last weekend. Here we take a look at 5 candidates for the Memphis vacancy.

Matt Insell // Assistant Coach Middle Tennessee – When you think about Tennessee basketball you think about the Insell family from running one of the top club programs in the country to his father who is the head coach at Middle Tennessee. Insell got his first head coaching job down the road from Memphis at Ole Miss and was able to land some of the top talent in the country in his tenure there.

Todd Schaefer // Assistant Coach Arkansas – The best program closest to Memphis at the moment in a Power 5 league Schaefer has experience in the city of Memphis at Christian Brothers and multiple other stops in the region including Arkansas State. What Arkansas has done in their rebuild has to really grab your attention if you are looking for a head coach in close proximity.

Simon Harris // Assistant Coach Ohio State – One of the biggest turn around stories in all of women’s basketball this year has been Ohio State. The Buckeyes have been a top 15 team the last six weeks and look like one of the best teams in the country. Harris comes to the Buckeyes from NC State where he laid the groundwork for the Wolfpack’s break out season into the Top 5. Harris is going to be a heavily coveted asset as a head coach in the near future and certainly should get some interest at Memphis.

Wesley Brooks // Assistant Coach Michigan – Literally one of the hottest names in Power 5 Assistant Coaches Nationally is at the top of everyone’s list. Brooks has been a huge part of the success Michigan has put together building their program in to a Top 10 program nationally.

Lacey Goldwire // Assistant Coach Tennessee – Memphis might not have to leave their own state for their next coach if they choose Goldwire. Goldwire is one of the top rising Power 5 assistants in the country and has been a huge part in the quick turnaround at Tennessee back into the conversation of National elite programs. Goldwire was part of a rebuild at Arkansas prior to

Caroline McCombs // Head Coach Stonybrook – McCombs has had a ton of success in her first head coaching position at Stonybrook after being one of the top recruiters in the Power 5 for nearly a decade with stops at Pitt, Auburn, and Northwestern. McCombs will be a top candidate for AAC and bigger jobs this off season depending on how much movement there is.

Sam Purcell // Assistant Coach Louisville – I think at some point Purcell will be the next Head Coach at Auburn whenever that job turns over but if it doesn’t open this off season Memphis is a really good job with near Power 5 pedigree. Purcell has had success at both of his stops in the Power 5 at Louisville and Georgia Tech and knows the region well. As for assistants looking to move into head coaching positions he will be near the top of everyone’s list this off season.
Chanda Rigsby // Head Coach Troy – Rigsby has had multiple Sun Belt Conference Titles under her belt after leading Pensacola to become one of the top junior college programs in the country. Rigsby is already successful recruiting a similar region and is proven as a head coach and will certainly be on the radar of programs above her level with a vacancy like Memphis. 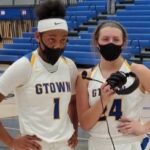 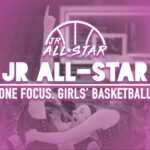 17U Players That Shined At The Columbus Clash

Here is a look at some of the best teams & players we saw at the Columbus Clash! Sports City U This team may be the best AAU team in the country!...

In this installment of film reviews, we take a look at players in the class of 2022 from the state of Iowa. Maddax DeVault2022 5’8 GNodaway Valley Hshttps://www.hudl.com/profile/10028814/Maddax-DeVault Evaluation:DeVault is a dynamic... 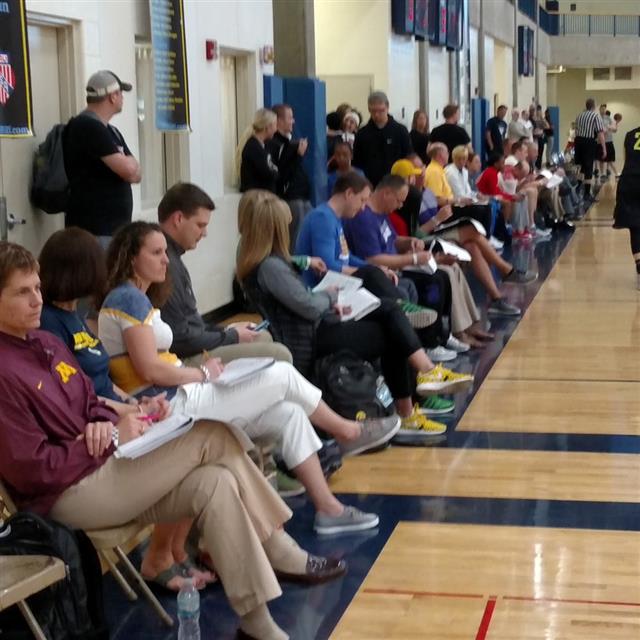 With No EYBL this year Nike programs from around the country are attempting to recreate that elite environment on their own. With gyms from Polk to Seminole County 96 girls teams took...

Haley Rens scored over 15 points per game for Laconia in her senior season. She shot 35% from the floor and knocked down 51 three pointers for her Spartans. This season, Rens...

The Best Of The Best In Class 2A This Season

Addison Bent had a special senior season for Vienna. She averaged a double-double with 12 points and 11 rebounds while scoring on 72% of her shot attempts. Bent is a long and...

Best of the West Class of 2024 In this series we will take a look at some of the best players west of the Grand Island/Hastings area.  For this installment we will...

In this installment of film reviews, we take a look at players in the class of 2022 from the state of Colorado. Jameri Hartsfield2022 5'6" GuardHigh School: Gateway Most of Hartsfield's highlights...

In this installment of film reviews, we take a look at players in the class of 2023 from the state of Arizona. Amiya Estrada5’6” G2023 Chavez High School (AZ) Amiya is a...

Stars At The Dirty 24 Practice

Some of the best girls from around the country came out to showcase their talents. AEBL and Slam Magazine have put together one of the most elite fields in the country.  The...

Maci Meyer led Hartford in scoring with over 15 points a game this season. She shot nearly 40% from the floor and knocked down 47 three pointers in 25 games. Meyer is a...

Top Players In 3A This Season

Jaden Ainsley had a special junior season for Clear Lake. She shot over 45% from the floor and knocked down 32% of her three-point attempts. She also led her team in free...

The Best Of The Best In Class 1A This Season

Cheyenne Bailey had a special senior season for Woodlawn. She scored nearly 14 points per game while finding her teammates for over 4 assists a game. Bailey was also an elite defender...