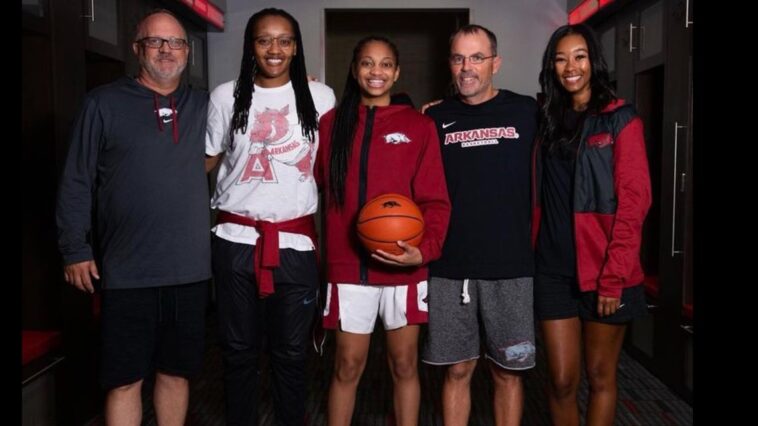 I have had a lot of really talented players in my program (FGB) but I think Taliah Scott is a unique talent, and until this year I had never been able to have a bird’s eye view of a Top 10 player in the country’s recruiting process like I have had with Taliah. I think her story is an important one for prospects, college coaches, and anyone hoping to achieve an elite Top 10 level scholarship or recruit an elite Top 10 level player. So here are some things I saw along the way, which I think would benefit you as a coach (travel or college), player, or parent.

As I said above I have coached good players – In 2012 I coached Courtney Williams who no one had in the top 100 nationally who this year went on to play in the WNBA All-Star Game and get a max WNBA contract. I would challenge anyone to tell me a player who’s done that. Courtney scored more points against UConn in her career (as an opponent) than any player in college basketball history. Quite an accomplishment but Courtney was always under the radar and when she committed to South Florida it was her only offer. I saw Taliah Scott for the first time when she was in 6th grade on a video one of my coaches Jimmy Range showed me from a league or work out at the YMCA in Orange Park, Fl. I saw the video and thought Taliah was really talented – I didn’t know her name but I knew she was really good. When I met her a few weeks later through a local high school coach it confirmed what I saw on the video. The best players I have ever had I was sold from the moment I saw them – Courtney Williams (WNBA/USF) – LaDazhia Williams (Missouri / South Carolina) – Taliah Scott (Arkansas) – Caitlin McGee – I saw them and I knew. Too often we try to talk ourselves into elite players when the reality is ELITE players speak for themselves and you KNOW IT. If you have to think about it they’re probably not elite. There are lots of great players who are not elite and that doesn’t take anything away from them. These are the top quarter of Power 5 League players and top 30 players in the country. So in 6th grade when Taliah started playing for us, I knew. Taliah immediately could compete on an 8th-grade level and was a star even though at that time traveling nationally really wasn’t productive because Florida just isn’t organized at a young age (if any at age) to compete on a national level so we really kicked it into a full schedule with Taliah when she was in 8th grade when we put her on South Beach Elite to play in the 9th Grade UAA in her first year. That was a tough year all the way around. Taliah was playing a year up and reflecting on the year we should have played her on our 10th-grade team (she was that good and we needed that position). Taliah taught me that elite players should play up (when they can get significant playing time). If we played her up that summer she would have had 50 offers before starting high school. But because she played on that South Beach team, it slowed things some because the team wasn’t good or successful and most college coaches don’t watch 9th-grade teams. Elite 8th graders should play on a 10th grade team because they can be seen by colleges but it’s not 17U.

So the idea of these Overtime videos that this is all some glorious easy path to success is a myth. Our 9th Grade South Beach team switched coaches during the year and ended up going 1-9 in July in the UAA and it was a challenging year. But for the kids who stuck with us and even some who didn’t, it really sped up their development to get better. As a program director, it also showed me early on the kids and the parents who could or could not handle adversity or accept a role alongside an elite player. Not that players who left have not been successful, but I don’t think you can play in an elite program at the college level when you transfer, switch teams and dodge playing with elite players at the high school level. It just doesn’t work like that. So if you are reading this and really want a take away from it the reality is this is a grind, it’s tough, and if it isn’t, you’re not being challenged enough to become great at it because that’s how it is in college too. You are going to really question if this works but if you’re good enough and stick with it you’ll get there but it just might not be on your time.

So let’s talk about the recruiting process. What did I learn from Taliah Scott? You have two ends of the spectrum of schools. The first end is the schools who were in relatively early and offered during 9th grade or 10th grade (before July viewing) and the second is schools who offered later (mainly the bigger name schools) after they saw her but thought that the name of their school would be good enough to vault them to the top of the list. The first group of schools did a good job but because of the lack of success, location, or name recognition needed more involvement from their head coaches earlier. Like lots of involvement – to the point where if you were that type of school the head coach probably should have been the point person in her recruiting. For the schools who came in after seeing her live in July (and had some bigger name value), I think that being late hurt some but they were still were able to be involved in the process because of their reputation. Ultimately Arkansas was in early with the head coach and although the head coach may have not been the point person, he was involved in the recruiting process the entire time. I think if you are not an NCAA Tournament school trying to compete and land a Top 50-type prospect, you are going to have to offer early – 8th or 9th grade and have your head coach recruiting that prospect aggressively through the process. I am not sure at this point you can get that type of player any other way.

Identifying the determining factor of what a prospect wants is most important. I believe for Taliah, she wanted to go somewhere where she felt that she would be able to play the style she’s comfortable with and the coaching staff (head coach too) would embrace that and not try to change that. For some players that might be the living situation, the coaching staff, how they bond with the team, the location, something academic – The point would be you have to find out what the most important thing is and win that. I think people kept missing the target on that and I am sure with other recruits it happens often they miss that target a lot. Lastly, I think the thing that shocked me the most in the recruiting process was college coaches (before they could call on their own) who wouldn’t answer a call from a Top 10 player in the country and or wouldn’t offer a top 10 player in the country. Taliah was great about calling. What she did on the phone with schools in 9th and 10th grade was light years ahead of anyone I have seen on the phone prior to that point. I can think of a handful of schools (assistant coaches) who it was difficult to connect with and at least one school who even during a pandemic, wouldn’t consider offering until they did a campus visit. This was after watching Taliah be dominant for 5+ games in July. I think we are in strange times and just can’t understand either circumstance. It breaks down to a simple question. Do you want that player? If not, just say that.

Players – when you know, you know. When Taliah visited Arkansas she knew and I think instead of playing the attention game she made a decision that also allowed her to go back to focusing on basketball, not phone calls and text messages. Why is Taliah so good? Unmatched work ethic – Yes she’s obviously talented and has natural ability but I’d argue she spent as much time or more time working on her game to get better at the ages of 13, 14, 15, and now 16 than any kid in the country and certainly any player I have seen. That translates well to the next level and for me, I am lucky to have her for one more summer to drop 40 on some people. Hopefully, this was a unique insight. 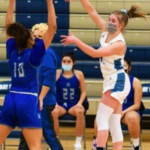 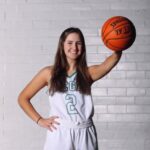