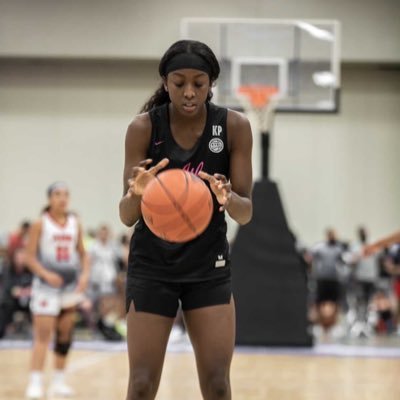 This will be our first stab about changing the game of evaluating in the media market. When I read evals I think players in general are happy anyone has identified them as a good player and will write about them but a lot of evaluators lack the big picture context of how the player projects at the college and potentially even the pro level. Part of this has to be like some next steps and constructive feedback about how to take their game to the next level. Often I read so much about players who are fast, athletic, shoot it well, crafty, blah blah blah. You could take a phrase and rephrase it over and over and that just becomes every eval which is like reading the most boring thing ever. Everyone reads these evaluations and tipsheets for themselves, not the entirety of the piece looking at the bigger picture. So we welcome you to the bigger picture here in our new form of write ups from Coach Wootten’s Top 150.

Londynn Jones 5-5 PG – California – Small guard who is a lefty has great quicks. I think for Jones watching this weekend she’s really going to have to develop some more floater and mid range game because she’s not getting any bigger and the competition will be especially at the college level. Jones has good range and change of pace to free herself up for open shots against bigger defenders. I think Jones really has to develop more into that facilitator pass first type player which you dont ever see in a camp setting to be a point guard who can lead UCLA deep into the tournament her high end is an Ivory Latta type player. With more consistent shooting and the floater game she would be on that path.

Bailey Maupin 5-10 G – Texas – Glue player who was super solid at the game did everything well fits into a team concept. When you play within yourself you dont necessarily stand out but that consistency is needed at the college level. With Texas Tech in a total rebuild I think Maupin is a good foundational piece. I see her contributing right away because the things she does well keep you on the floor in college. How she defends better players, creates her own shot, and extends her range will determine if she’s a contributor or future all league type player.

Flaujae Johnson 5-9 G – Georgia – Flashy guard from Georgia who has a lot of flavor to her game. Her biggest transitional pieces will be when she gets to college what can she do with 8-15 shots per game inside of some type of offensive structure. Freedom – #1 thing she will need in college is freedom – if a coach doesnt give Johnson the freedom to play her game it isnt going to work and she will be in the portal – now in the recruiting process everyone will TELL her that she can play her game but she needs to find a school who’s done it with a player like her in the past. I think Johnson could be a pro – How well she extends her range and becomes more efficient will decide that – but we can tell the talent is there. Johnson has to play early to get those reps to prepare her for the pro level and continue to improve.

Shay Bollin 6-2 W – Pennsylvania – Shay Bollin is an old school Final Four Duke player – I know Kara Lawson is trying to put her stamp on the program but Duke has done well with players like her and turned them into pros – Haley Peters; Gorecki we could name others but the next is Shay Bollin. She reminds me of a Katie Lou Samuelson type player which has done well in the WNBA. How much floor game – handling the ball in transition – creating off the dribble plus her ability to add range will determine if she’s a good or great player at Duke but again has the skill set to be very very good hence the reason we believe she will be a McDonald’s All American.

Ysabella Fontleroy 6-0 W – Missouri – Physical – tough physical players are good in college and will get playing time which gives their offensive game a chance to really develop. Lack of physical players who have great skill sets don’t play and therefore never get those reps. Fontleroy is one of the more physical players I have seen and can play the 2-4 spot depending on the system. If Fontleroy breaks out with her motor at the next level she could be a double double every day of college. A college system and pick will be really important for her professional perspectives because if she is playing a 4 spot without much guard responsibilities and reps it could really stunt the player she could become – if she choses a school which allows her some freedom and allows her to make some mistakes to figure it out and that offensive game becomes elite she becomes a first round WNBA draft pick. Systems matter but Fontleroy’s frame and level of physicality gives her tremendous upside at the next level.

Ashlon Jackson 5-10 G – Texas – Like Fontleroy, Jackson’s best attribute is that she is physically big and strong for her position. Jackson I had the MVP of the 2022 class in the event. Jackson showed her ability to hit the 3 and pull up in the mid range to score the ball and like we said before her strength and athleticism allows her to get to the basket with ease. Jackson has all the tools to be a really good player at the elite levels of college basketball. I did not see much of her in club but I think her path to being a pro goes down one of two roads – Either she becomes an elite 3 level scorer which she has the foundational ability for already or she is that intangible player who fills up the stat sheet. I think that she doesn’t overshoot and plays within herself so the latter option probably fits what I saw during my snippet of her a few weeks ago. Jackson seems like a player who could be a double double every night and a triple double a couple times a year even with assists or blocks. I look forward to seeing how Kara Lawson does with her first true recruiting class after being at Duke for a full year. Jackson is clearly a special talent who I think is a bit underrated nationally who likely at her current pace will play in the WNBA. 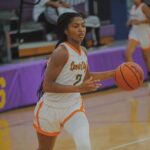 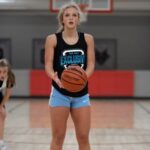