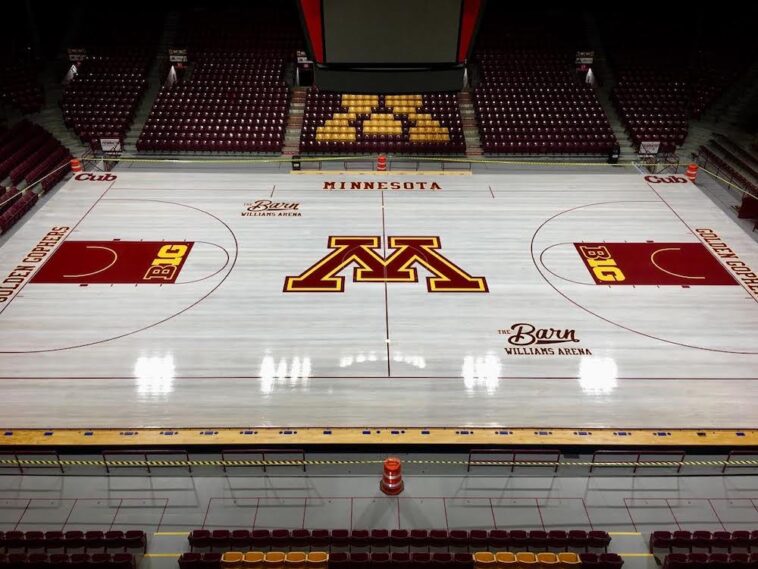 The 21-22 season opened for the Gopher Women’s basketball team with high expectations and a roster full of high-level players ready to make their mark. Entering the holiday break, the team is sporting a 7-7 record, including a 0-2 record in the Big Ten. After a jam-packed first couple of months that include impressive wins, entertaining close-loses and elevating players, I give my 22 impressions of the team, including 11 positives to date and 11 areas of opportunity for the team to hit the ground running in 2022.

– Sara Scalia has reached next level

Coming into the season, Sara was probably the most lethal 3-point shooter on the team. Well not only has she taken her shooting to another level but her entire game has taken a step-forward. She has probably been the most productive and reliable player offensively so far this season. Her elite-level play was highlighted by a record-setting 37-point, 9-3-pointer game against Ohio. Averaging 15.4 points a game, she is likely to hit her career 1,000th point late in the Big Ten season in 2022.

Diving deep into the stats from the season, you will see that the Gophers are a pretty good defensive team out on the perimeter. At this point, per gophersports.com, The Gophers are shooting 122-326 for around 8 makes a game and in turn holding opponents to 86-257 for an average of around 6 makes a game. Having shooters such as Scalia, Winters, Hubbard, and Powell would lead one to feel these numbers could continue to trend in that direction the rest of the season.

Freshman Alanna “Rose” Micheaux has given something that the Gophers maybe hasn’t had since Coach Whalen has been at the helm of the program. That is a physical post presence that has a back to basket skillset that allows the team to run plays for her and count on her for needed baskets. While there have been productive post players in the past couple of years, Rose seems different and promising to give a needed and consistent compliment to the sharp shooting outside game of the team. Her breakout game was in the B1G/ACC challenge game against North Carolina when she powered in 23 points.

This is being typed as I knock on wood as to not jinx it, however, if you look at the top six or seven players for the Gophers, only one total game has been missed due to injury and that game was by Jasmine Powell against Nebraska. There has been no covid outbreaks or forced stoppages to date and after the last year to year and half, that is something to celebrate.

– Found a productive and face-paced five

Looking at some of the most exciting and entertaining games so far this season, there seems to be a common thread. That is that typically when the team is at their best both offensively and defensively, they have a group of five of the six from Powell, Scalia, Winters, Hubbard, Micheaux and Kadi Sissoko. Games like North Carolina, Nebraska, Michigan and even Ohio, lineups featuring five of those six would be when the team made their runs. The lineup has multiple shooters, multiple ball-handlers, and players who can either post-up or get themselves into the paint. I would expect to see more and more of these lineups going forward with great success.

When looking at the record of 7-7, including 0-2 in conference, you might think that there is cause for concern. However, first let’s dive deep into the record. In those conference losses, both games the Gophers had leads in the second half and were in for large amounts of the game. The Husker loss was also the one game missed by starting guard Jasmine Powell. In their non-conference, they have played one of the toughest in them not only the B1G, but also the country. North Carolina, Oklahoma, UConn, and at Drake is nothing close to easy. All of those games, despite being losses, showed that for long stretches, the Gophers can play with almost any team in the country. Playing this tough of schedule may have led to more losses than the team or fans would like to see, but it could pay huge dividends in the 2022 portion of the season.

After watching the 14 games the team has played this season, my money is easily on Jasmine Powell to be the most likely to produce a triple double. At 5’6, she is second on the team in rebounds and tied for second on the team in blocks. Add in her 75 assist/41 turnover margin to her 13.1 points a game and you see that Powell effects almost every aspect of the game for the Gophers on both sides of the ball.

This is coming from observing the group that is both on the court as well as the ones on the bench supporting the ones playing. The excitement and genuine happiness for teammates success is something that hasn’t always been seen within the program. Chemistry like this is what helps steady the ship around tough losses as well as can be the difference when it comes to completing close games in 2022.

This might be an extension of the team chemistry but there have been multiple opportunities this year for this group to break and roll over to quit in games, but they didn’t, and they fought back. Against UConn, they started slow and were down 15, however, behind hot outside shooting they got back within 1. Multiple times against North Carolina, they clawed back from down double figures and even took the lead in the fourth quarter. Similar against Nebraska, they took a late 4-point lead after trailing almost the entire second and third quarters. Never giving up and not getting down is not something every team has they can rely on during games. However, the Gophers do have that, and it will be something they can turn to in 2022.

As mentioned, this year’s group does not give up in a game, however they have had their fair share of close, hard-fought losses. Losses to UNC, Nebraska, Michigan, and Jacksonville all were games that could have swung to a win for the Gophers easily. In watching those games, you can see, this team has that breakthrough game right at their fingertips. A win where the team needs to execute late or come up with a needed defensive stop late can do wonders for turning around a season. I’m calling it right now, that win is coming in 2022 for the Gophers and it’s coming SOON.

– Season is not over

Here is maybe something all Gopher fans can remind themselves as we enter the heart of the conference season in 2022 and that is that the season is far, far from over. They have plenty of positives they can rely on in the second half of the season and if things click for this group, watch out B1G as this team can do some serious damage. 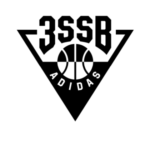 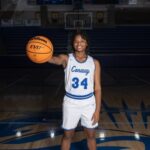 The Southeast Slam ended Sunday, but a game earlier that day would have major implications for both teams. Grindhouse Elite Club 2023 and Nona Basketball Academy went head-to-head in the 17U division,...

Here is a look at some recent recruiting news on some of the top prospects from around the region: Emory Klatt is a 2024 from the State Champions Stevenson high school team out...

Opening night of the 2022 AAU state tournament was something of a squeeze play. The 7th, 9th, and 11th grade brackets competed in opening round action, featuring a mix of dazzling performances...

PA - Runnin' Rebels use late run to hold off PA- Chillies After a two-year hiatus, the East Coast Clash was brought back this past weekend, marking the sixth time that the...

HS Season Rewind – Who Had A Standout Season?

Here is a look back at some of the best players from this past high school season: Lucy Scott is a special guard for Lewis Central. She led her team in points, steals,...

Players Poised To Have A Breakout Summer

Georgia has a lot of players that have made a name for themselves already. What makes the Peach State special is that there is always kids that blow up every summer. Below...