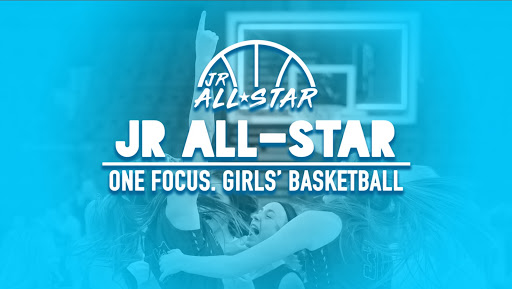 I spent the better part of Saturday and Sunday in Dallas at the Wooten Top 150, which was the second year of the event and my second time to watch. Quick take number one was the fact that so much talent is in one place. Dangling the McDonald’s All American carrot is the one way to leverage as many top players nationally to get in one place for an evaluation and competition setting. While we would like to say this is a development opportunity it really isn’t because the players in this event are already developed, they are the best of the best and its an opportunity to play against other similar talent.

Quick take number two – Camp games are the worst. If someone would run for president on the platform that they would eliminate bad camp games or possibly make camp games better they would have my vote in 2024.  I feel like one day we are going to sit around and say “can you believe we used to go to these things and just throw kids on teams and play 5 on 5”

Throwing kids on 5 on 5 teams is bad for a lot of reasons. One, kids don’t necessarily know how to play – they’re still young. Some have had some great coaching, and others have great talent. The mix doesn’t necessarily make great basketball. Second a lot of kids think there is something to prove, but – this just in – being invited to these things means you have PROVED something already – nothing left to prove. Even more so this year ESPN’s rankings were released a week ago, so – guess what – its not like a new ranking will be released next week and because of that 30-foot jumper you’ll move up a spot.

It really just makes the whole thing misery in action, so I watched a lot of really talented bad 5 on 5 basketball because … that’s what we do at these camps. Solutions? I think like some type of 4 on 4 (because no one is a true post anymore) with a shot clock, or some gaming of the rules would make it a lot better. In addition why play defense when I just can foul. Not a good defender? No worries, I will just foul and foul and foul and during a running clock game we get to see a lot of free throw shooting, which is exactly what you travel 900 miles for. But again, reference this article in the year 2089 when we can talk about (hopefully well I am alive then) how we used to throw kids on 5 on 5 teams spend 30 minutes teaching an offense then expect them to play like an NBA team. Its just bad and there must be a better system. It just takes a little outside the box thinking. I think kids would pay for table tennis against other top players if it was invite only and was implied it could help their chances at becoming a McDonald’s All American. So its ok not to play 5 on 5. I think there was a bit of trying to replicate USA Basketball, but USA Basketball trials is broken too so we need to be navigating towards something that works not more of some antiquated system because again … that’s what we have been doing.

Quick take 3 – Post players are almost extinced, but when you get a good post player – man they’re really good. I’m talking Breya Cunningham. I didn’t want to spend much of this article talking about players… maybe just handing out some MVP’s… but she was so good. It gave me hope for posts, because I really haven’t seen one as good as her recently. Usually most tall kids who are ranked high, I’ve been somewhat under impressed by. However, shoutout to Breya Cunningham. She’ll keep the hope alive for teams playing a true center. I’ve given up personaly, but others will continue to search for the holy grail.

Quick take 4 – Chicken or the egg – Can people not play without the ball or are people with the ball just bad at finding others and having some semblance of team basketball? I watched a lot of players who could have been more productive on twitter when they didn’t have the ball. I think an article one day of like – what to do when you don’t have the ball – could be an impactful reading piece. I think what happens in college is if you are not the primary ball handler and you don’t do anything without the ball ,you don’t play you transfer. So learn how to play without the ball. Set a screen, cut, space, rebound, play defense, because you may not always be the player who holds the ball for 95% of the game and then you become obsolete.

Quick Take 5 – Small guards are back in and they’re pretty good! I saw a bunch of small guards ranked in the Top 100 nationally this weekend and they were really good. If you’re small you have to be REALLY good to be elite but if you’re tall you don’t have to be as elite to be highly regarded. I saw some good small guards this weekend – Saviya Sellers, Hannah Hidalgo,  Kaniya Boyd, Learh Harmon , Reniya Kelly, Zamareya Jones, Shay Ijiwoye, Londyn Jones, Xamiya Waton – Like not miniature 5-1 guards, but smaller guards who have big game. They are fun to watch and going to play at a high level. Look out for them down the road.

Quick Take 6 – Our road map for coverage later in the week and beyond – I am going to breakdown the 2022, 2023 and 2024 classes from the Wooten Top 150. I will also predict what I saw in July and at Wooten in order to predict what the 2022 McDonalds All American game will look like and our projections.

Quick Take 7 – The United Nations Dinner – Saturday night may be the highlight of the weekend because I got to break bread at the Salt Grass Steakhouse with some of the most influential group of people in grassroots basketball. We got to discuss the grassroots game with minimal backstabbing and talking about each other behind each other’s back – because its hard when you’re sitting across the table from them! LOL. Imagine the scene from the Chapelle Show called the “Player Haters Ball” The dinner reminded me of something like that but no one was that well dressed, well except Shane Laflin. I don’t know everyone’s name, but you know regardless of shoe affiliation, tournaments, past misdeeds, nasty tweets etc., there was a mutual respect at the table for the longevity those of us have put in to grassroots basketball and the accomplishments of each man or woman. We need the United Nations meetings more often because I think if we got around each to break bread, good things would happen. I was thinking about writing a fun paragraph of if each person had to identify with a country and their foreign policy – what would it be but I only have a two hour flight home. I guess we will have to save some fun for future years.

Quick Take 8 – Overall MVP – Ok right ya we are a basketball website and talk about basketball players so I need to name some MVP’s and make the other 110 kids in the camp really happy so here we go. Again more player coverage down the road but this isn’t an article where everyone leaves with a screen shot to tweet or Instagram post. Tts answering the hard question of who was the best this weekend so here we go:

Breya Cunningham 6-3 Post California – Overall MVP – She gets 2 of my take aways because she’s that good. We talk about impactful transcendent players and she’s what we talk about. Someone who was a pro walking into the gym. Yup, she was really good. 6-3 great size, hands, and feet extremely active with a good motor – someone who knows she’s good and just keeps getting better and giving effort when she doesn’t have to. She’s my overall MVP

Quick Take 9 – 2022 MVP Ashlon Jackson 6-0 G Texas (Duke Commitment) – You don’t see players like Jackson as much anymore – Someone who smiles when they play basketball? Against the rules I thought it had to all be misery. Not with Jackson she was fun to watch and looked like she was actually having fun. Reminds me of old school solid built wing players who were regularly featured on Final Four teams. Jackson shoots it well – makes good decisions – and has a pro frame with the game that I took notice of this weekend.

Quick Take 10 – 2023 MVP – Taliah Scott 5-9 G St John’s Country Day – When you talk about someone who is going to walk into being a pro its Taliah Scott the things she does with the ball to other really good players is impressive despite the prison rules the camp was refereed by. Scott coming off her commitment to Arkansas wasn’t at 100% of the greatest weekend I have ever seen but few can what she can and she continues to widen the gap in Florida and nationally with a unique skill set.

Quick Take 11 – 2024 MVP Tajianna Avant-Roberts – California – Big time athlete who can score the ball and leader her team a lot of 2024’s had trouble exerting their personality over older players to get reps with the ball but Roberts did just that looking like an elder player at a camp where she was one of the youngest players. Obvious why we have her in our Top 10 in 2024 look for her to be a future pro and star in the game as the 2024 class continues to move forward. 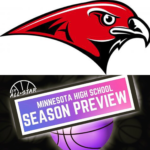 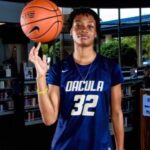